The Data Drones Can Deliver That Helicopters Just Can’t 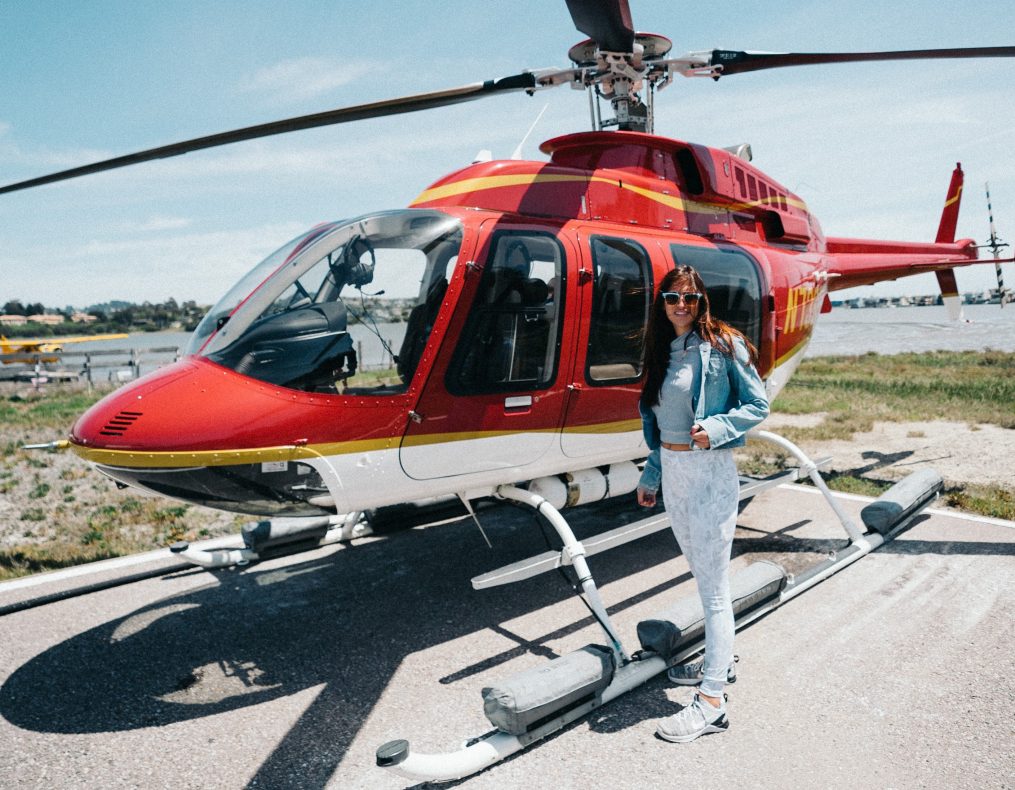 Land surveying is an ever-growing field where new technological advancements are being achieved all the time.

In this article, we go through when and where unmanned aerial vehicles (UAVs) are a better tool for the acquisition of mapping data.

We’ll also explore why much of what UAVs offer is constantly changing the landscape of when and where manned aircraft is the most appropriate tool for aerial mapping.

READ NEXT: 5 Ways to Grow Survey for Design Services at Your Land Surveying or Civil Engineering Firm

Cost Efficiency of Drones for Mapping

A qualified drone service provider is likely able to produce a higher resolution work product and do so in half the time at a 20%-30% lower price than a manned aerial mapping provider.

The use of UAVs provides mapping professionals a significant cost saving on the kind of data they’ve had collected by manned aircraft over the years without a decrease in precision or accuracy.

Drones have become popular in recent years because the aircraft themselves and the sensors they carry are so much less expensive than traditional aircraft and the sensors required when flying at such altitudes.

When it comes to working on projects anywhere from 10 to 3,000 acres, drones are the best option.

It’s true that a 3,000-acre job can be flown to collect TOPO data much faster using a helicopter or other manned aircraft, but only a few hours faster.

The cost of aerial mapping with crewed aircraft (helicopters, airplanes, etc.) is often only priced competitively under the assumption that several projects will be flown on the same day.

Meanwhile, the lower cost to acquire and operate UAVs means mapping projects between 10 acres and 3,000 acres can be scheduled at a UAS service provider’s next availability.

Crewed aircraft still has its place in aerial mapping, but on jobs smaller than 3,000 acres your collection might get scheduled for a month out so they can book more work in hopes of at least breaking even on the work they do for you.

READ NEXT: Business Savvy Land Surveyors Are Growing Their Revenue Through sUAS Mapping Services Without The Risk of Investing in Expensive Equipment They’ll Never Use

Faster Turnaround When Using UAVs in Place of Helicopters

Drone focused mapping providers are also known for having quicker turnaround times when it comes to producing deliverables.

This is in part because they can mobilize to the field faster. UAS services providers can arrive within a few days’ notice in most cases.

By comparison, however, the same job might take several weeks before a helicopter could fly the the area.

On average, survey teams wait three or more weeks from their notice to proceed before the project is even flown by manned aircraft.

Then it takes several more weeks before the data collected by a helicopter or plane can be processed due to the backlog created by the other projects flown that same day.

So, a qualified drone service provider that is flying jobs and processing data at a more consistent work volume could easily process and delivered imagery, point clouds, and CAD files by the time a helicopter was even able to fly a site.

Increased accuracy can also be achieved by employing UAVs to collect LiDAR and photogrammetry data.

Drones can fly much lower to the ground than helicopters and planes. This allows them to deliver higher resolution imagery and LiDAR point clouds, ensuring that data is not missed.

When it comes to photogrammetric data, the ground sampling distance (distance between pixels) improvements that occur because UAVs are flown so much lower and slower than a helicopter or plane can be as much as several inches.

A lot of information can be lost when the distance between pixels in an image represents more than a few inches of distance on the ground.

Drones have access to areas where manned aircraft, and in some cases even people, cannot reach.

Confined spaces like that in mines, drilled shafts, or large diameter pipes can be unsafe and hard to access with other equipment.

Working in underground tunnels can be dangerous and often unpredictable, making it difficult for people to inspect and gather much-needed information.

However, due to drones’ small size and precise data collection tools, miners and engineers of all kinds can conduct inspections and collect mapping data in these environments without putting lives at risk.

Unmanned aircraft technology can also assist in the measuring of stockpiles.

Requiring a surveyor to climb loose piles of material or aggrege can be a dangerous task. Falls can result in personnel missing days or weeks of work and wages.

UAS technology enables mining professionals to save time, money, and their health while getting more precise data than they could otherwise.

Outside of mapping, a lot of land survey teams are finding demand for sUAS services to inspect different kinds of infrastructure.

Much like in mines, sUAS technology allows for safer inspection of different types of infrastructure.

For structures like bridges that have undersides, manned aircraft cannot safely inspect these vital aspects, and inspectors would require the assistance of cranes and other such machinery, which is not always safe.

Drones can safely, and effectively, collect data along these bridge undersides and other hard-to-reach places.

Drones provide several benefits and greatly improve the work of land surveyors when compared to manned aircraft, like helicopters.

UAVs are more cost effective in many ways. They are also able to deliver high accuracy data and a quicker turnaround time with information.

They even widen the range of areas where data can be collected, especially in confined spaces.

READ NEXT: Bridge Collapse Disasters to Become a Thing of The Past