Fire Overwatch Services with SEI and the Censys v2VTOL 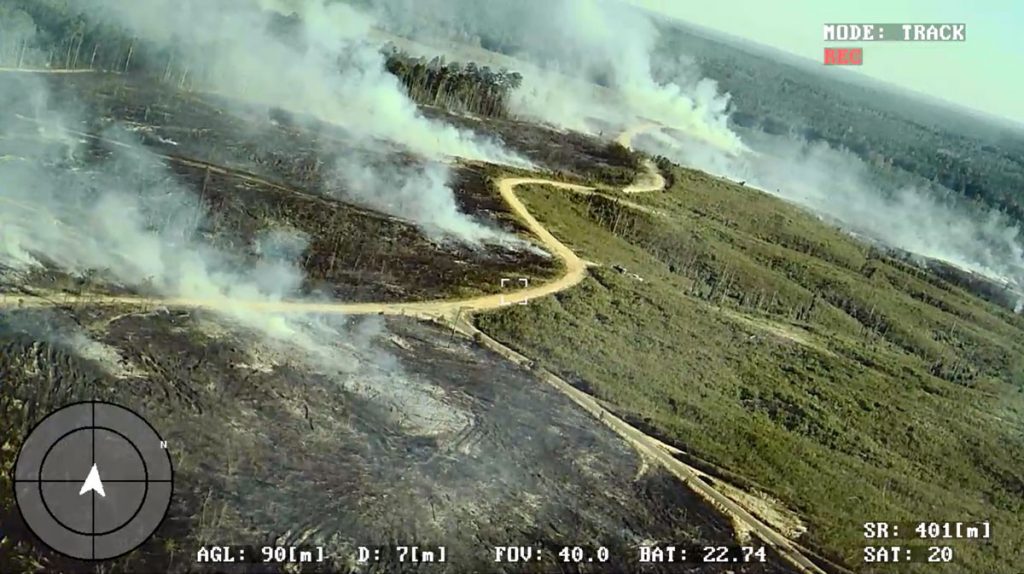 When Keith Polk, a Mississippi Registered Forester and Certified Prescribed Burn Manager, contacted SEI about providing overwatch services for a controlled burn in Rankin County, SEI knew this would be the perfect opportunity to provide a much needed service using the Censys Santaero v2VTOL with the EO/IR gimbaled payload.

In a season when much of the West Coast is on fire and thousands of people have been displaced by the wildfires, SEI is looking for ways to utilize their decades of manned aviation, countless hours of BVLOS experience, and their safety culture to make a use case for unmanned aircraft in forest fire operations.

“Having a birds eye view of the line and the ability to see the hot spots made our job easier,” Polk said.

When Nathan Alber, the Director of Training and a remote pilot for SEI, arrived on site with their truck and Mobile Operations Center (MOC), they found a suitable launch site that provided exceptional line of sight for the operation. Once briefed on the wind conditions and the general situation, Alber and his telemetry operator, Cody Troyer, began setting up their Censys Santaero v2VTOL and preparing for the overwatch flight.

In only 30 minutes after arriving on site, the SEI team had the v2VTOL in the air over the burn area. Troyer deployed the gimbaled camera from beneath the aircraft and pointed it toward the a plume of smoke.

The images were amazing.

The visual light sensor provided detailed images of the fire below, while the IR sensor showed the crew where the fire was still burning, but nearly invisible to the eyes.

“Once you get a hang of controlling the gimbaled payload camera, it’s actually a lot like playing a video game,” Troyer said from inside the MOC trailer, controlling the camera with a video-game-like controller.

The v2VTOL circled overhead for around 75 minutes, capturing photos and streaming live video to the ground and provided the burn crew additional situational awareness and line of sight to the fire that was otherwise obstructed on the ground. At one point in the flight, the plume of smoke was so thick in one area, Keith’s crew had a difficult time seeing the fire line, but the v2VTOL’s multi-sensor gimbaled payload had no problem seeing the fire from above, with the IR sensor looking through the smoke.

After the flight, Alber said “This is an amazing aircraft. I think it’s going to be a game changer for the operations we provide for forestry services.”